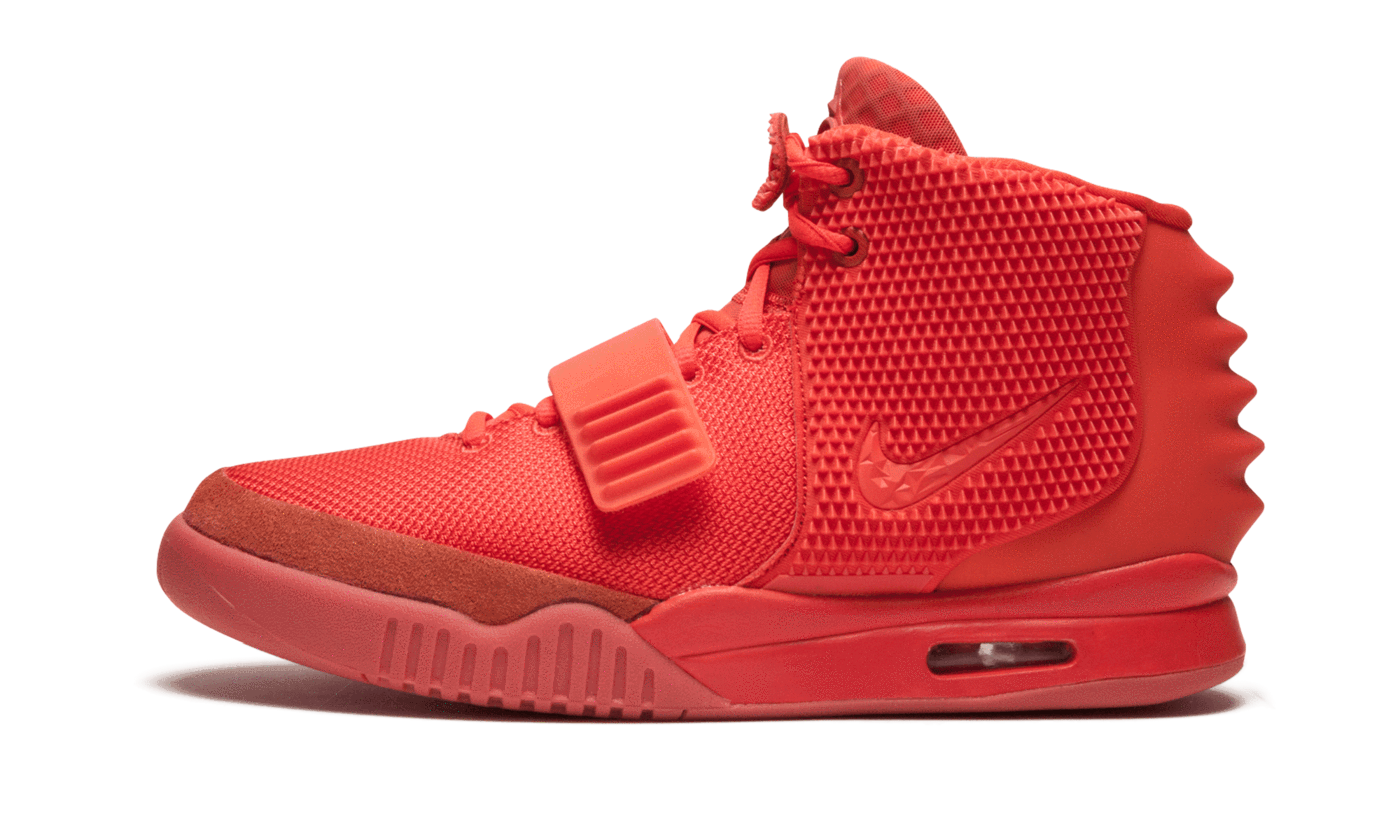 How Does The Adidas Yeezy 350 Fit?

Yeezy 350's fit a half size small. If you are a size 10, you would order a size 10.5. However, some choose to buy a 350 in their true size, which will mean that the shoe will feel a bit tight for a while until the Primeknit material on the shoe stretches out. For this reason, we suggest going half a size up for the best possible fit.

The first ever 700 released, coined the Wave Runner, was built out with a narrow toe box. The subsequent releases of the Mauve, Inertia, and Analog colorways were built out with a couple modifications that made the tongue fairly rigid, holding it in place. The general consensus for these two iterations is to order a half size up. The second iteration was dubbed the 700V2, and most people find this model to be far more comfortable than the earlier releases. This added comfort is due to the Primeknit upper which allows for some added room in the toe box. The V2 also includes an Ortholite insole. For these reasons, we recommend ordering the 700V2 true to size. The most current model is the 700V3, with models including the Alvah, Arzareth, Azael, Clay Brown, Kyanite, and more. Most find the V3 to run small, which is why we recommend ordering the 700V3 a half size up.

If I’m a Woman’s _ What Size Should I Buy in Yeezys?

Yeezy’s are generally in men’s sizing, so you would take your size in women’s, and subtract it by 1.5. However, we suggest ordering a half size up in some models, such as the Yeezy 350 and some of the Yeezy 700 models. Check out our other FAQ’s for more information. You can also view our size conversion chart here.

What is the Size Conversion For Men’s to Women’s?

We have included an easy to read size conversion chart that you can check out here.

What is a Consignment Shop?

Consignment is when a person decides to sell their personal items through a third-party vendor. The vendor typically operates a brick and mortar store or an e-commerce site that generates high traffic. This is advantageous to the consignor as the item(s) they consign typically get a lot more attention than they would if the consigner decided to sell the items themselves. In exchange for selling the item for the consignor, the vendor charges the consignor a fee for facilitating the sale. This fee is usually a percentage of the final sale price of the item.

Where Can I Buy Yeezy's?

We have a huge selection of Yeezy’s available for sale. You can view the entire collection here.

Where Can I Buy Supreme?

We have a huge selection of Supreme available for sale. You can view the entire collection here.

Supreme is a skateboarding brand that was established in NYC in 1994 by James Jebbia. The brand’s popularity has rocketed over the past decade, with the company operating 13 stores worldwide. Supreme often collaborates with many other brands such as Nike, Levi’s, Stone Island, and more.

Are There Any Consignment Stores Around Me?

Bullseye Sneaker Boutique is a store that specializes in high-end footwear, clothing, and accessories. We currently operate both online as well as in our physical location in Harrisburg, Pennsylvania. We do not currently offer consignment to the public; however, we actively purchase shoes from everyone in store for cash or credit towards in-store products.

Where Can I Sell My Shoes?

We are always buying sneakers. Feel free to visit us at the Capital City Mall in Camp Hill, Pennsylvania. You can also reach us via our Instagram, @bullseyesb.

How Does Off-White Fit?

Off-White sizing varies depending on the collection and type of clothing. We recommend trying on pieces prior to purchasing to ensure the best possible fit.

Where Can I Buy Off-White?

Are Your Shoes Authentic?

Our shoes are guaranteed authentic. Each one of our items goes through a rigorous authentication process to ensure that the product that you receive is 100% authentic.

What is a Pre-Owned Sneaker?

A pre-owned sneaker is a shoe that has been previously worn, and may or may not include the box depending on the item. We are incredibly selective, only purchasing pre-owned sneakers that have been cared for by the previous owner. We also take care to thoroughly restore the sneaker with a rigorous cleaning process. You can check out our entire pre-owned collection here.

What is an Exclusive Sneaker?

An exclusive sneaker is a shoe that is highly sought-after and has often been limited in quantity. Shoes that fall into the exclusivecategory often include collaborations as well as vintage sneakers.

Why Are Sneakers Expensive?

The price of a sneaker on the secondary market depends on factors such as rarity, hype, colorway, and materials. Brands, especially those that are high-end, often limit the amount of stock they release, driving up demand, leading to an inflation in price.

What is The Most Expensive Sneaker?

The sneakers that are fetching the highest prices at the moment are the Back to the Future Air Mags, Air Jordan 4 x Eminem ‘Encore’, and the Air Jordan 4 Eminem x Carhartt.

What is The Cheapest Yeezy 350?

You can view and sort through our entire Yeezy collection here to find something in your price range.

What is The Cheapest Jordan 1?

You can view and sort through our entire Jordan 1 collection here to find something in your price range.

Where Can I Buy Authentic Jordans?

How do I Know My Jordans are Real?

All of our items are guaranteed authentic. You can shop at Bullseye with peace of mind, knowing that every single one of our items listed for sale is the real thing.

How do I Know My Yeezy's are Real?

All of our items are guaranteed authentic. You can shop at Bullseye with peace of mind, knowing that every single one of our items listed for sale is the real thing.

How Can I Legit Check My Shoes?

We offer legit checks for free at Bullseye, regardless of whether or not you're interested in selling your shoes or making a purchase.

Why Do Sneakers Resell?

Demand for a sneaker, along with a limited supply, can push the price far beyond the original retail price on the secondary market. The secondary sneaker market has been growing at a rapid pace over the last decade, with no sign of stopping any time soon.

Where Are You Located?

If you order on the Bullseye website before 3PM, we ship the very same day. No other mainstream reselling websites offer this service, which means you will get your order days if not weeks in advance.

Why Does the Price Change by Size?

Some sizes of a particular sneaker command different prices than other sizes due to demand.

How do You Authenticate Sneakers?

We have a team of authentication specialists that physically examine each shoe meticulously to determine the authenticity before we list it for sale.